Spokesman Kim Eui-kyeom said Moon will cast his ballot on Friday, five days before the June 13 election. His three top aides and other presidential secretaries and staff will also vote in advance, the spokesman said.

Moon will be the first sitting president to take part in pre-poll voting since the system was introduced in April 2013. Former President Park Geun-hye had considered participating in early voting during the 2016 general elections but decided not to so as to avoid political controversy.

Local elections, in which mayors, governors and members of local assemblies are elected, tend to bring fewer voters to the polls than the parliamentary and presidential elections. Moon therefore decided to vote early to help raise turnout, Kim said.

He added, however, that the early voting has nothing to do with Moon's possible trip to Singapore to join U.S. President Donald Trump and North Korean leader Kim Jong-un. Trump and Kim are scheduled to hold a summit in the Southeast Asian nation on June 12.

The possibility of Moon traveling to Singapore gained traction after Trump said last week, following a meeting with senior North Korean official Kim Yong-chol, that his summit with the North's leader could include formally ending the Korean War. 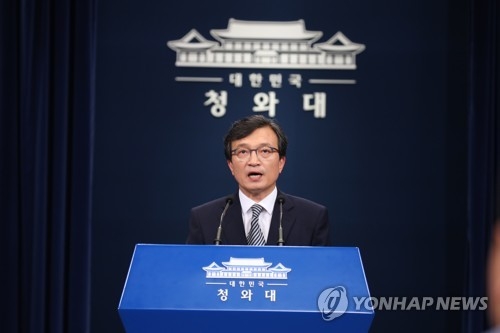 (LEAD) Moon to vote early ahead of next week's elections

(LEAD) Moon to vote early ahead of next week's elections