SEOUL, May 4 (Yonhap) -- South Korea's defense ministry said Monday that it would exercise "restraint" in promoting its planned annual military drills with the United States, apparently not to hamper ongoing efforts for denuclearization and lasting peace on the peninsula.

Its remarks are in line with the position shared by Defense Minister Song Yong-moo and his U.S. counterpart James Mattis to keep the allies' regular combined military exercises low-key to maintain the peace mood.

"(Exercises) will be carried out normally in line with the annual plan," Lee Jin-woo, the ministry's deputy spokesman, told reporters. "(But we will) exercise restraint in the process of promoting the drills or making them public," he added.

Asked if the ministry has considered scaling back or calling off the summertime Ulchi Freedom Guardian exercise, Lee said, "We have never weighed or discussed that."

Pyongyang has continued to object to the allied military drills, calling them a rehearsal for an invasion of the North. Last month, it cancelled the planned high-level inter-Korean meeting, taking issue with the allies' regular Max Thunder aerial drills. 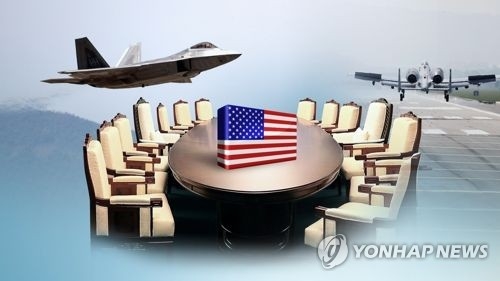