SEOUL, June 4 (Yonhap) -- A sharp increase in the minimum wage will have some adverse impact on the job market and unskilled workers will be the first ones to lose their jobs, a U.S. expert warned Monday, amid rising controversy over the issue in South Korea.

The hourly minimum wage here jumped 16.4 percent to 7,530 won (US$7) in January from a year earlier, marking the steepest on-year gain in nearly 30 years.

Recent economic data showed that the country's employment slumped from the beginning of this year and that low-income people experienced a decline in their earnings. Critics argue that the drastic hike in the minimum wage is to blame for such pessimistic data.

Robert Hall, a professor of Stanford University, said in an interview with Yonhap News Agency that the U.S. city of Seattle tried the minimum wage policy a few years ago. It raised the minimum wage up to $15 from 2015 as a way to help poor workers.

"Apparently, it has had an adverse effect," Hall said. "Basic economic principles tell you that. It's proven in U.S. context."

The scholar, who is in Seoul to participate in an international conference arranged by the Bank of Korea, said low-income employees were directly affected by the wage hike as companies cut their payrolls by laying off unskilled workers first.

"Economic logics suggest that if there are people whose skills are not high enough, or not profitable enough to be hired, they lose the jobs," he said. "Maybe that's happening."

The U.S. economist also anticipated that the U.S. Federal Reserve will raise the interest rate by a quarter percentage point at the upcoming meeting next week. He cited that the U.S. jobless rate dropped to as low as 3.8 percent and employers are experiencing difficulty hiring people.

"That would suggest that the time is probably right to raise the interest rates," Hall said. "The market thinks it's likely the June meeting coming up will have an increase. It's only 25 basis points, and it's not a big deal."

But he remained cautious about the U.S. central bank's future time schedule on interest hikes.

"It's like driving a car. You basically look ahead and see what's happening," he said. "You drive in response to what you see and what you plan to do, because it may turn out to be different." 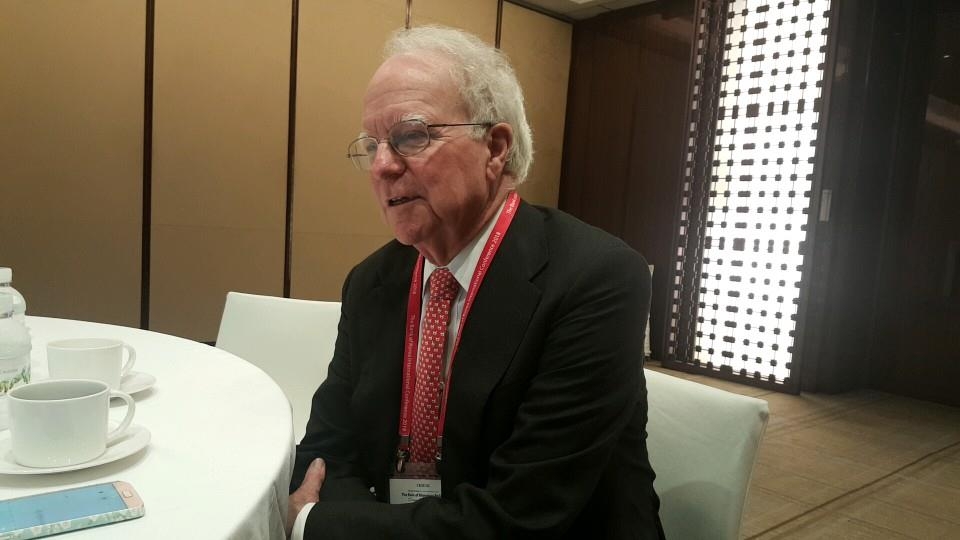