Vice Environment Minister Ahn Byung-ok and U Khin Maung Yi, Myanmar's permanent secretary of the Ministry of Natural Resources and Environmental Conservation, will lead the meeting in Yangon on Wednesday. Korea's state-run National Institute of Biological Resources will also join the talks.

It will be the third meeting of its kind following bilateral biological resources talks held in 2015 and 2017.

South Korea began research of Myanmar's national parks in 2011 and has donated materials on their biological resources.

On Wednesday, South Korea plans to provide its study on seed plants at Nat Ma Taung National Park to the Myanmarese government. The study was published in December last year.

The two sides are expected to discuss plans for a joint study on Khakaborazi National Park in the Myanmar's northernmost state of Kachin. 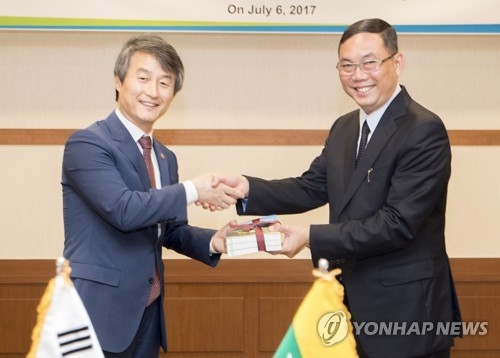