SEOUL, June 4 (Yonhap) -- South Korea's top nuclear envoy on Monday departed for Russia as part of efforts to drum up international support for ongoing efforts to denuclearize North Korea and establish lasting peace on the peninsula.

"For the denuclearization of the Korean Peninsula, support from neighboring countries and the international community is important," Lee told reporters at Incheon International Airport before his departure.

"In this respect, Russia has made many contributions, and we anticipate its future contribution," he added.

His trip came ahead of the summit between U.S. President Donald Trump and North Korean leader Kim Jong-un, slated to take place in Singapore on June 12. The historic meeting is expected to center on Pyongyang's denuclearization. 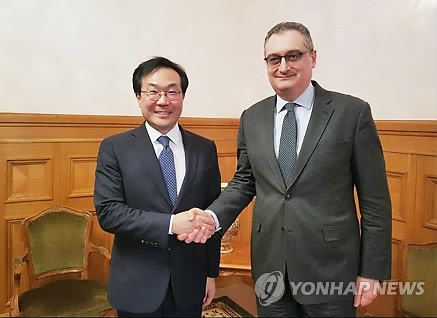