Local stocks rose as strong U.S. jobs data bolstered optimism in the world's largest economy, though investors remain concerned about the possible impact of a trade war between the U.S. and China.

"Signs of recovery in the U.S. economy and hopes for a gradual interest rate hike are positive factors for Korean stocks," Seo Sang-young, an analyst at Kiwoom Securities, said. "Investors are also wary of trade disputes between U.S. and China as the latest round of trade talks ended without settlement."

Foreigners and institutions scooped up a net 18.37 billion won and 55 billion won, respectively, while retail investors dumped 91.86 billion won worth of shares more than they bought.

Bio shares were down.

The South Korean currency closed at 1,071.9 won against the U.S. dollar, up 3.1 won from the previous session's close. 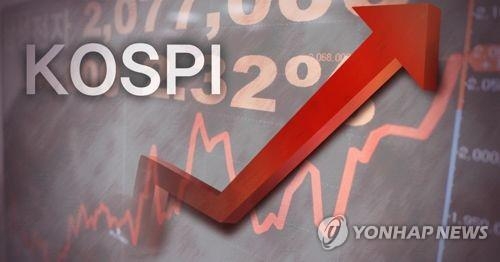