On Friday, high-ranking officials of the two Koreas met at Panmunjom on the border to discuss various matters, including general-level military talks, as a step to implement agreements reached during the April 27 summit between President Moon Jae-in and North Korean leader Kim Jong-un.

During the latest meeting, the two sides also agreed to hold talks on June 18 to discuss sports cooperation, including fielding a joint team at the upcoming Asian Games and in inter-Korean basketball matches. 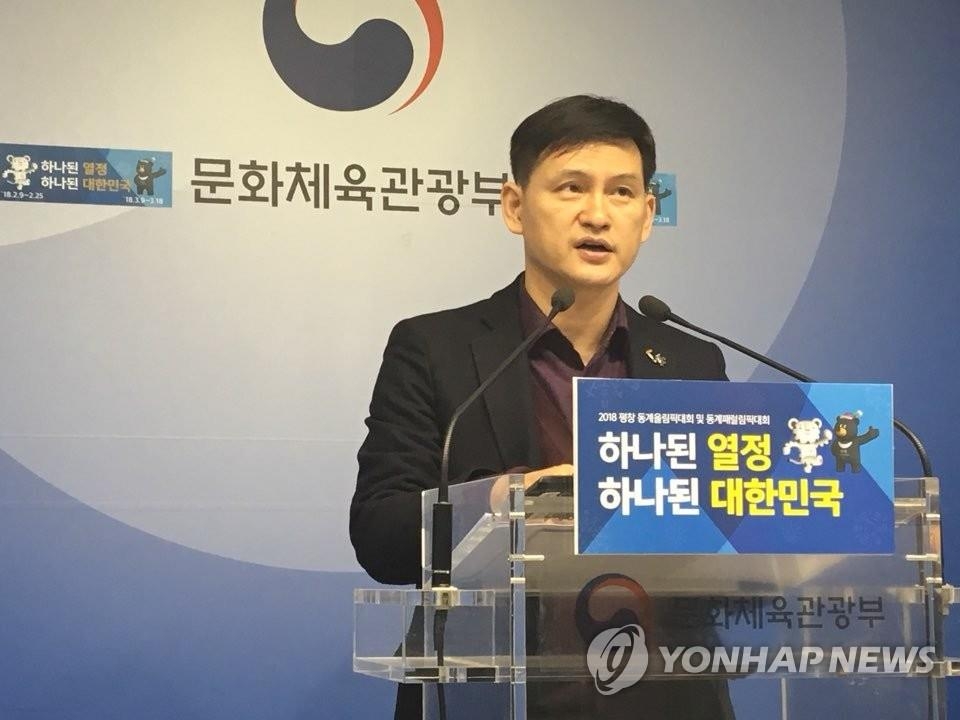 The ministry's spokesman Hwang Seong-un said in a regular briefing Monday that the two sides were discussing multiple cultural projects, such as publishing a joint Korean dictionary, although the talk was still at a fledgling stage.

"After settling down more important issues, we expect more serious talk about cultural exchange to take place," he added.

When he accompanied a South Korean art troupe for a concert in Pyongyang in early April, Do Jong-whan, minister of culture, sports and tourism, made suggestions about various inter-Korean cultural projects. These included the dictionary and excavating the site of Manwoldae, a Goryeo Dynasty (918-1392) palace and exhibiting relics from the dynasty.

For its side, North Korea suggested the two Koreas resume plans to publish a joint literature magazine which had been left unfinished amid volatile relations.

The ministry said it will also discuss inviting North Korean competitors to the ISSF World Shooting Championship set to take place in the southeastern South Korean city of Changwon in August.