K-pop stars including Sunmi, KARD and Imfact will perform at the sold-out concerts, titled "Feel Korea," at the Mega Sports Arena in the city on Thursday and Friday.

The event has been co-hosted by the Korean Foundation for International Cultural Exchange (KOFICE) and the Korean Cultural Center in Moscow since 2013, with an aim to promote Korean culture and enhance mutual understanding between the two sides. 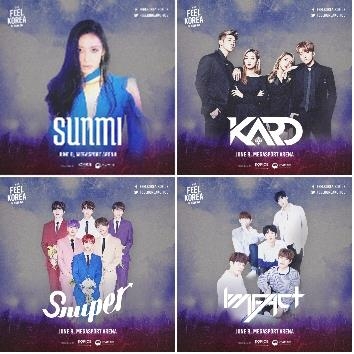