SEOUL, June 5 (Yonhap) -- South Korean savings banks reported a drop in their combined net profits in the first quarter while also being hit by a hike in loan-loss provisions, the financial regulator said Tuesday.

The combined net income of the 79 savings banks came to 232.1 billion won (US$216.7 million) for the three-month period, down 7 percent from a year earlier, according to the Financial Supervisory Service (FSS).

Savings banks' performances, however, have been on the mend steadily since an industrywide meltdown in 2011, which stemmed from an increasing number of nonperforming loans. 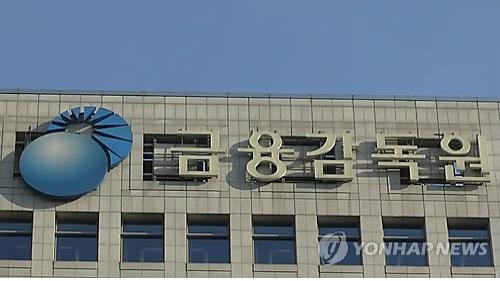 Their loan delinquency ratio stood at 4.6 percent as of the end of March, unchanged from three months earlier, the latest findings showed.

The average capital adequacy ratio of the savings banks reached 14.15 percent as of the end of March, down 0.16 percentage point from three months earlier.

A key barometer of financial health, the ratio measures the proportion of a bank's total capital to its risk-weighted assets. The Basel, Switzerland-based Bank for International Settlements (BIS), an international organization of central banks, advises lenders to maintain a ratio of 8 percent or higher.

The FSS said it will induce savings banks to step up efforts to boost their financial health in the face of headwinds at home and abroad, including U.S. rate rises, rising household debt and a sluggish recovery in private consumption.