WASHINGTON, June 4 (Yonhap) -- U.S. President Donald Trump will be achieving something in his engagements with North Korea if they agree on the meaning of denuclearization, a former nuclear negotiator said Monday.

Trump and North Korean leader Kim Jong-un are due to meet in Singapore June 12 to discuss the dismantlement of the regime's nuclear weapons program, but the two sides are apart on what that would entail.

The U.S. seeks the removal of North Korea's nuclear weapons and related facilities. Meanwhile, the North has long regarded denuclearization as a process of removing nuclear weapons from the entire Korean Peninsula, including U.S. nuclear assets in the region.

"If the president of the United States, ultimately out of this engagement -- I don't mean just June 12 -- gets what most of us in this room I imagine think denuclearization means, (even) if he doesn't get anything else, that will be a win," Robert Gallucci, who negotiated a 1994 nuclear freeze deal with Pyongyang, said during a forum hosted by 38 North, a website monitoring developments inside the regime.

"And if he gets everything else but doesn't get that, that will be a loss," he said. 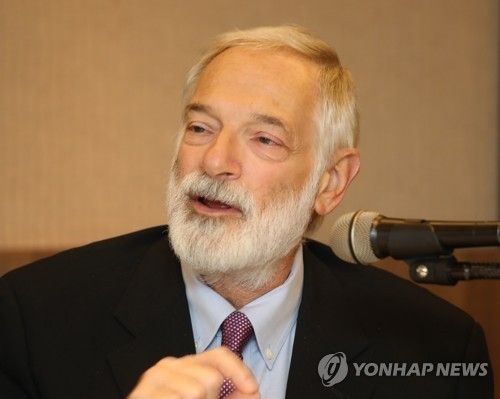 Gallucci defined denuclearization as not just the dismantlement but the removal of nuclear weapons, their components, all fissile material and production capacity for that fissile material.

"We've also got to understand what's physically possible when we say that, physically possible to verify," he said, raising the question of who would verify any commitment to denuclearize. "If North Korea (starts) with a declaration, 'We have 25 nuclear weapons, we have 30 nuclear weapons' ... it will be virtually impossible to exclude the possibility they have 35. Could we exclude the possibility they have 135? Yes, by an estimate of how much fissile material they can produce."

Gallucci negotiated the Agreed Framework with North Korea to defuse the 1993-94 nuclear crisis. The deal called for North Korea to freeze and ultimately dismantle its nuclear program in exchange for political and economic concessions.

The agreement fell through with the outbreak of the second nuclear crisis in 2012, after the North was found to be running a clandestine program to enrich uranium for nuclear weapons.

Agreement on meaning of denuclearization is win for Trump: Gallucci

Agreement on meaning of denuclearization is win for Trump: Gallucci