SEOUL, June 5 (Yonhap) -- SBS' new television series "The Undateables" about a man who refuses to be in a romantic relationship and a woman who gives up on romance topped the weekly TV chart, data showed Tuesday.

Starring Namkoong Min and Hwang Jung-eum, who plays Kang Hoon-nam and Yoo Jung-eum, respectively, the series depicts an unexpected journey of the two people who slowly fall in love despite their bumpy relations. 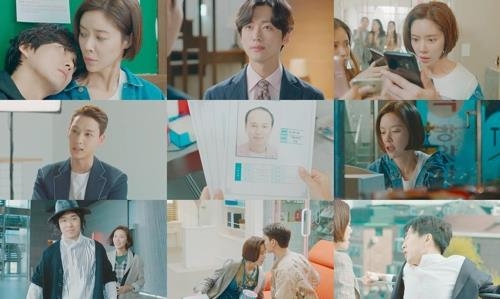 With the drama trending on social media platforms and online searches, it garnered a strong CPI number, but its viewership ratings remained less than 5 percent, according to Nielsen Korea.

It premiered with 4.9 percent, but the latest episode aired Thursday fell to 4.1 percent, a rating range considered low given it is broadcast on one of Korea's three major networks. In the same time slot, KBS' series "Suits," the Korean adaptation of the U.S. legal series of the same name, recorded the highest score of 9.8 percent.

The series had been highly anticipated as the two actors showed perfect chemistry in the 2011 MBC romantic drama "Can You Hear My Heart?" In the past few years, however, Korean TV series have further developed to combine romance with a mix of other genres, like thrillers. Although a laugh-inducing romantic comedy, the drama lacks a strong plot. 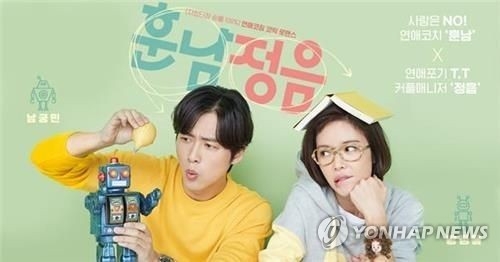 Romantic comedy 'The Undateables' debuts at No. 1 on weekly TV chart

Romantic comedy 'The Undateables' debuts at No. 1 on weekly TV chart