Police said the fire broke out inside the karaoke salon, also known as a "noraebang," in the basement of a building at around 4:44 a.m. before being put out in about 20 minutes.

The four injured people, including the establishment's owner, were taken to a nearby hospital.

Although details are unclear, police said the incident could be an arson attack, given that there was a smell of inflammable material near the salon's counter. Police are looking at CCTV footage obtained at the site and meeting witnesses to determine what caused the fire.

Noraebangs are places that rent out rooms equipped with sing-along sound systems, usually including a video monitor. 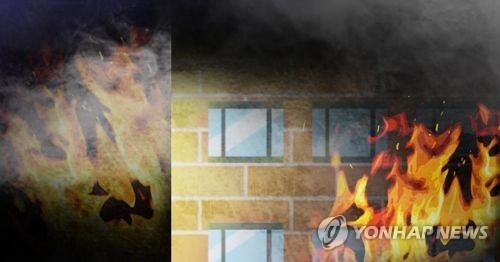