SEOUL, June 5 (Yonhap) -- South Korea's government has begun legal preparations in anticipation of the possible resumption of economic cooperation with North Korea, officials at the Ministry of Justice said Tuesday.

The ministry has launched a review of major inter-Korean agreements on economic exchanges to revise them in a way that protects the property rights of South Korean companies and strengthens the security of South Korean people staying in the North, they said.

Through the review, the ministry will also analyze the methods of dispute settlement between the North's authorities and South Korean companies and draw up concrete ways to improve them, they added. 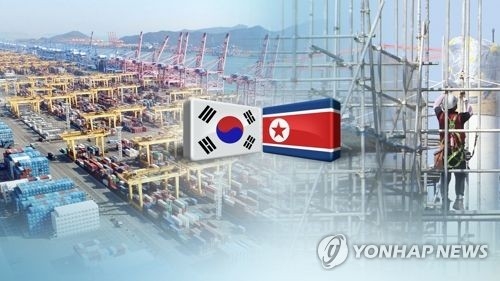 The agreements being reviewed by the ministry include the Agreement on Investment Protection between the South and the North which took effect between 2003 and 2005, and the Agreement on the Formation and Operation of Commercial Arbitration Commission.

"The present agreements already contain relevant content (on dispute settlement), but a lot of ambiguities and deficiencies were detected in the operation of the Kaesong Industrial Complex," a ministry official said, referring to the now-closed South Korean industrial park in the North's border city of Kaesong.

"We'll have our revisions of the agreements ready in preparation for the resumption of economic cooperation with the North and consultations on the amendment of relevant agreements," the official explained.

The two Koreas ran up against unexpected circumstances in the past, as they carried out cooperation projects on the basis of both the inter-Korean agreements and their respective legislations.

For example, South Korean facilities and products were frozen in the North after the closure of the Kaesong complex in 2016. In 2010, the North froze South Korean assets at the Mount Kumgang tourism complex. In 2009, a South Korean boiler mechanic was imprisoned by North Korean authorities in Kaesong for unclear reasons for 137 days.