Currently, only venture startups are allowed to raise funds through crowdfunding, which enables them to get capital from a large number of small investors, typically via the Internet and social media.

The government will submit a bill to allow SMEs to secure funding via crowdfunding, said Choi Jong-ku, chairman of the Financial Services Commission (FSC).
. 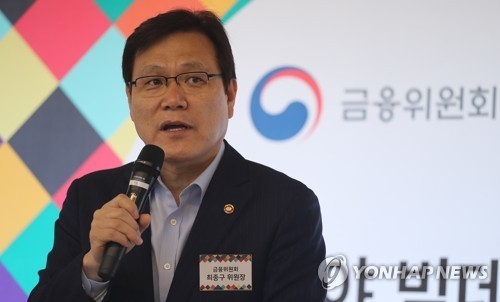 Choi made the remarks at a meeting to mark the launch of a crowdfunding industry association.

South Korea adopted the equity-style crowdfunding program in 2016 and the value of crowdfunding soared about 60 percent last year.

In the first five months of this year, crowdfunding drew 60 billion won from some 30,000 individual investors, according to the FSC.
(END)

Gov't to relax rules for crowdfunding to help SMEs

Gov't to relax rules for crowdfunding to help SMEs