One kind of debit card and installment savings accounts are to be released by the end of this month or early next month, according to banking industry insiders.

Other details are not known, but the new products target very young customers who are not eligible to own their own credit cards, they added.

BTS signed a one-year promotional contract with the bank in January this year and has starred in the company's video ads, which have more than 79 million views on YouTube so far.

BTS made history last week when its "Love Yourself: Tear" album debuted at No. 1 on the Billboard 200 albums chart, making the group the first K-pop act to top the chart. The lead single, "Fake Love," reached No. 10 on the Billboard Hot 100 singles chart, becoming the band's first top 10 hit and its best-performing song. 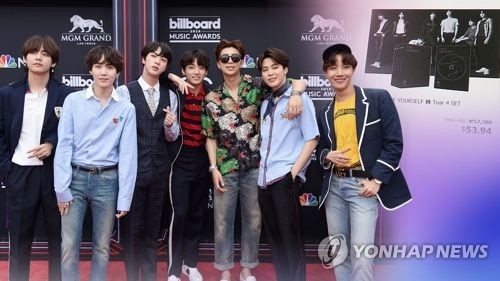