SEOUL, June 5 (Yonhap) -- A group of South Korean scientists on Tuesday called for the government to revamp its "result-oriented" research and development policy.

"The national R&D policy should deviate from a developing country ecosystem that centers on focusing only on areas that can only show viable results," Yoo Ook-joon, chairman of the Korean Academy of Science and Technology (KAST), said

Yoo also stressed that both the government and researchers should push forward reform to move on from the country's lab environment that requires researchers to come up with results in a short period of time.

Ryu Kwang-jun, a senior official from the Ministry of Science and ICT in charge of R&D policy, said that the government will work closely with researchers while crafting the policy.

The ministry vowed to actively communicate with field researchers and listen to their opinions to effectively allocate the R&D budget in the science and technology fields. 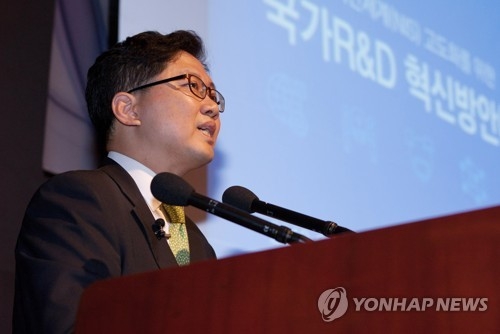