SEOUL, June 7 (Yonhap) -- When the leaders of North Korea and the United States meet in Singapore next week for a historic summit, people around the world will hold their breath in hopes of a peace deal to end a decades-old global security threat.

For young men in South Korea, there's another reason, associated with their careers and personal lives, to wish for the success of the meeting between the North's leader Kim Jong-un and President Donald Trump: conscription.

A chatting app message spread recently that read, "We'd better wait until the reunification (of the Koreas). We may not need to join the military."

All able-bodied South Korean men are obliged to complete at least 21 months of mandatory service, the backbone of the nation's defense posture, with the Koreas technically in the state of a ceasefire.

A reply quipped, "Wake up! If that's the case, we may have to serve along the border with China." 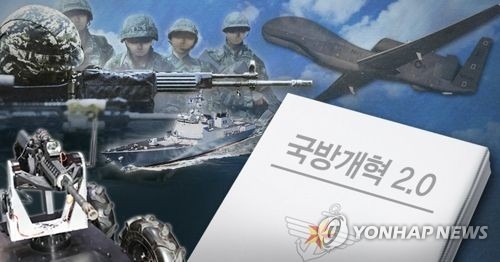 Moon wants to modify the controversial defense reform drive by former President Roh Moo-hyun, who was in office from 2003-2008. Moon was his chief of staff.

He picked Song Young-moo, once a top Navy official, as his first defense minister, a show of his resolve to overhaul the 620,000-strong armed forces long dominated by the Army.

Song's stated goal is to transform the country's "dinosaur-like" military into forces as agile and expeditious as a "leopard."

Until several months ago, he often talked openly about the mantra, presenting a vision for a "strong military" to achieve "peace through power."

His ministry had planned to unveil the details of the scheme this spring. 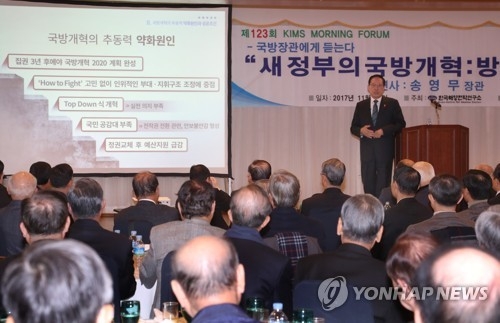 On May 11, Moon presided over a closed-door meeting on the issue with the minister and other military leaders. There was no report of any conclusion, though.

"We plan to report a final-version reform plan to the president after the (June 12) North Korea-U.S. summit. It will likely be in July. Then, we will able to make it public," a senior ministry official said. "No news about it does not mean that the process has come to a halt. You see the appointments of major posts at the Ministry of National Defense. Internally, reform is already underway."

The current focus is to provide every possible support for the success of the summit talks that may decide the fate of the security of the Korean Peninsula, he added, echoing the view of Moon's office Cheong Wa Dae.

It's apparently in line with the government's "strategic communication" strategy amid a peace mood following years of heightened tensions. 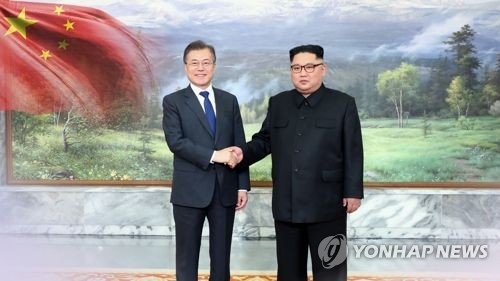 Critics argue that the Defense Reform 2.0 clock has virtually stopped. They accuse the Moon administration of playing low-key to curry favor with the North.

They voice concern that Seoul will eventually lose the "golden time" for defense reform aimed at making the military more efficient and powerful.

"The delay is attributable to the (planned) establishment of the three-axis system," Rep. Kim Hack-yong, who chairs the parliament's defense committee, said in a statement.

In fact, the military may be forced to revise its firepower upgrade scheme highlighted by the three-axis program designed primarily to counter the North's nuclear and missile threats.

If the communist neighbor agrees to dismantle its nuclear program and implement the deal in earnest, many high-cost weapon acquisition projects are likely to lose steam.

A problem is uncertainty. Defense officials here had long worked on a reform plan, taking into account security conditions before the recent inter-Korean summit talks and the upcoming meeting between the two brash leaders -- Kim and Trump.

Some conservatives here dismiss Kim's overtures as a fake peace gesture and Trump's messages on Korea confusing. No "big deal" is guaranteed in their Singapore meeting or afterwards, let alone a peace treaty coupled with denuclearization.

The Moon administration is running out of time for defense reform. It has less than four years in power. Moon and his aides took a lesson from the Roh administration's failure. 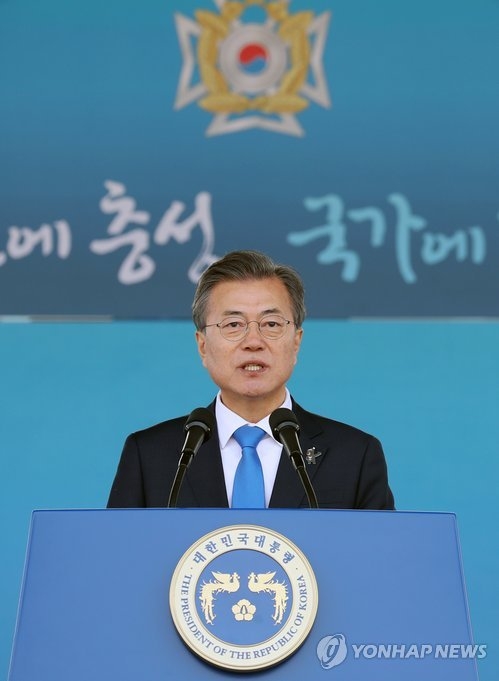 Ostensibly, the president said the reform drive should go on regardless of a change in security conditions.

He alluded to possible threats by other neighboring countries amid worries about a regional arms race.

"Even if South-North relations have improved, (strong) national defense power is necessary to cope with various, unspecified threats," he said during the May 11 session. "Besides, it's imperative to bolster military power for self-reliant national defense and the transition of wartime operational control (OPCON)."

There's concern that Washington may withdraw or scale down the U.S. Forces Korea in the event of normalizing diplomatic ties with Pyongyang.

The Moon administration is also eager for an early OPCON transfer from the U.S. back to South Korea, which depends on an improvement in its defense capabilities.

Chun In-bum, a retired three-star Army general and visiting fellow at Brookings Institute, agreed that North Korea is not the only reason for the South's armed forces to exist.

"A strong military is necessary even after reunification for national security and the well-being of the people," he emphasized. "What won't change is the grim reality that every country prioritizes its own national interests." 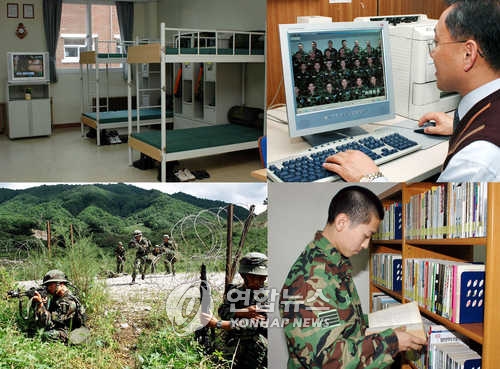 Meanwhile, the peace mood is expected to provide a boost to another core element of Defense Reform 2.0: a shorter mandatory military service period and fewer general-grade officers.

The defense ministry is seeking to reduce the number of the troops to half a million by 2022. For that, it would cut the service period for rank-and-file soldiers from the current 21 months to 18 and foster a technology-oriented military.

It also plans to slash the number of generals, mostly Army ones, by more than 80, one-fifth of the total, according to an informed source.