The explosion took place around 10:30 a.m. at the plant in Yangsan, a city in South Korea's southeastern province of South Gyeongsang.

The worker, whose name was withheld, was caught in the blast when a co-worker near him was cutting a 105mm tank shell casing with oxy-fuel welding equipment. The co-worker developed tinnitus -- a ringing in the ears -- as a result of the explosion.

The plant collects and recycles spent shells coming from nearby Army units. Police will look into what exactly caused the explosion in cooperation with the state-run National Forensic Service. 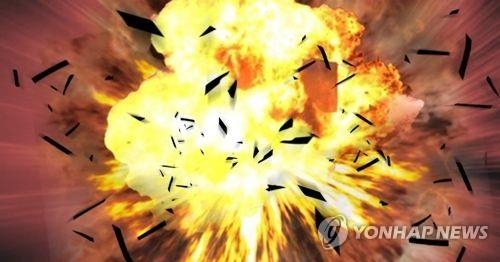