MOSCOW/SEOUL, June 6 (Yonhap) -- Park Sae-eun, a "premier danseur" of the Paris Opera Ballet, has won best female dancer at one of the ballet world's most prestigious awards.

The South Korean dancer picked up the award at the Benois de la Danse awards ceremony in Moscow on Tuesday (local time), beating five competitors from ballet companies all around the world.

She was recognized for her lead role in "Diamonds," which is part of the "Jewels" trilogy from choreographer George Balanchine.

"Thank you a lot for the prize," Park said in her acceptance speech. "I was very surprised. I didn't expect it at all."

The Benois de la Danse is one of the world's most authoritative ballet awards founded by the International Dance Association in Moscow in 1991 to honor distinguished French choreographer Jean-Georges Noverre (1727-1810). 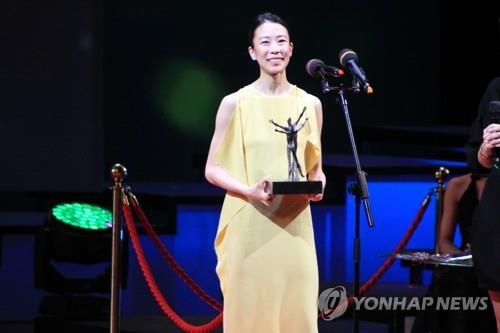 The 28-year-old trained at the National Academy of Dance of the Korean Ballet and joined the Paris Opera Corps de Ballet in 2011. Since she became the second Korean after Kim Yong-geol to earn full-time membership in June 2012, Park has received much attention for her unusually quick promotion. She landed the position of soloist two years later and was promoted to the current rank of "premier danseur," the second-highest tier in the Paris ballet. 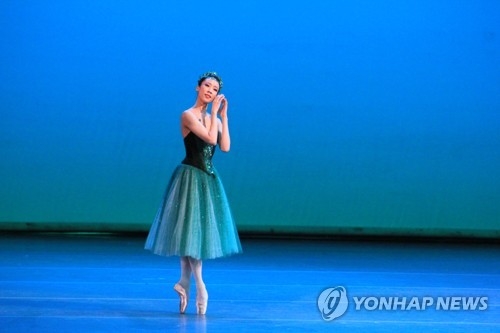