SEOUL/BEIJING, June 6 (Yonhap) -- Working-level officials of the United States and North Korea met again at the inter-Korean border village of Panmunjom on Wednesday to discuss the agenda for the historic summit between the leaders of the two countries next week. 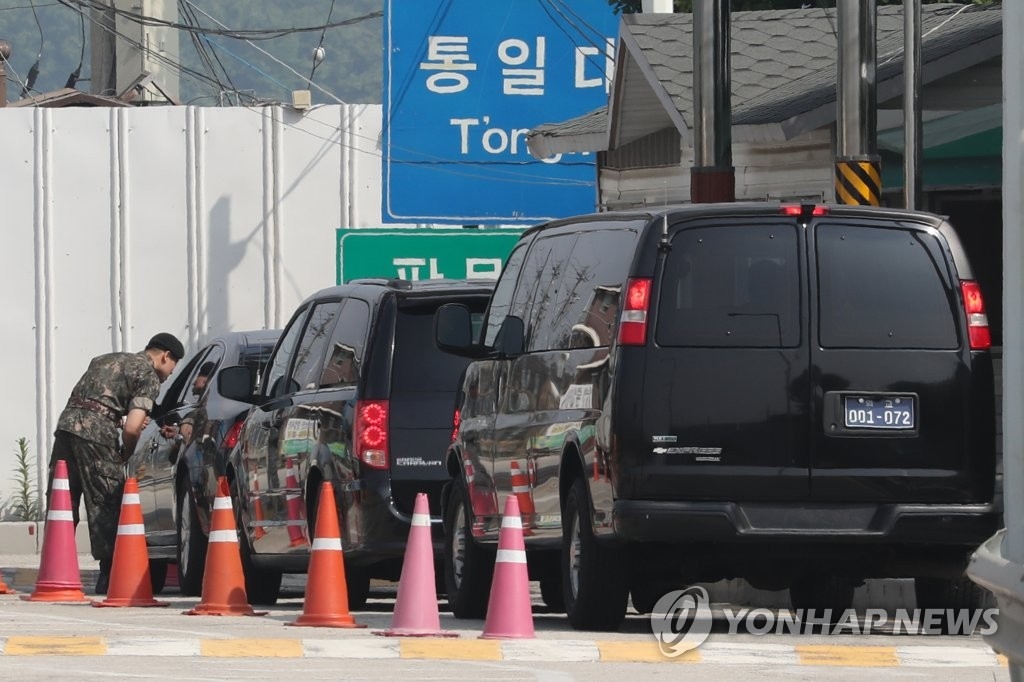 Meanwhile, Kim Chang-son, known as the de-facto chief of staff to leader Kim Jong-un, arrived in Beijing on Wednesday. He led a team of North Korean officials in talks in Singapore with the U.S. delegation headed by White House Deputy Chief of Staff Joe Hagin to discuss logistics ahead of the summit.

Kim flew to Beijing Capital International Airport aboard a Singaporean flight and left the airport through a VIP lounge.

Japan's Kyodo News reported that he may return to Pyongyang to report the result of the working-level negotiations to Kim Jong-un.

The report said general preparations for the summit may have come to an end as Kim Chang-son is no longer in Singapore.