The 55-year-old known as the "French Spider-Man" for his gravity-defying climbing skills was caught on the rooftop of the 124th floor of the Lotte World Tour at about 11:35 a.m.

Robert was specifically charged with obstruction of business for climbing to the 75th floor of the skyscraper without seeking any prior consent from the building's operator, according to the police.

"Robert was not wearing proper safety gear," police said. "We'll decide how to handle him after investigating his motive for the crime and other details."

The French climber has previously been arrested for climbing skyscrapers without permission in such big cities as Sydney, London, Sao Paulo, Chicago and Kuala Lumpur. 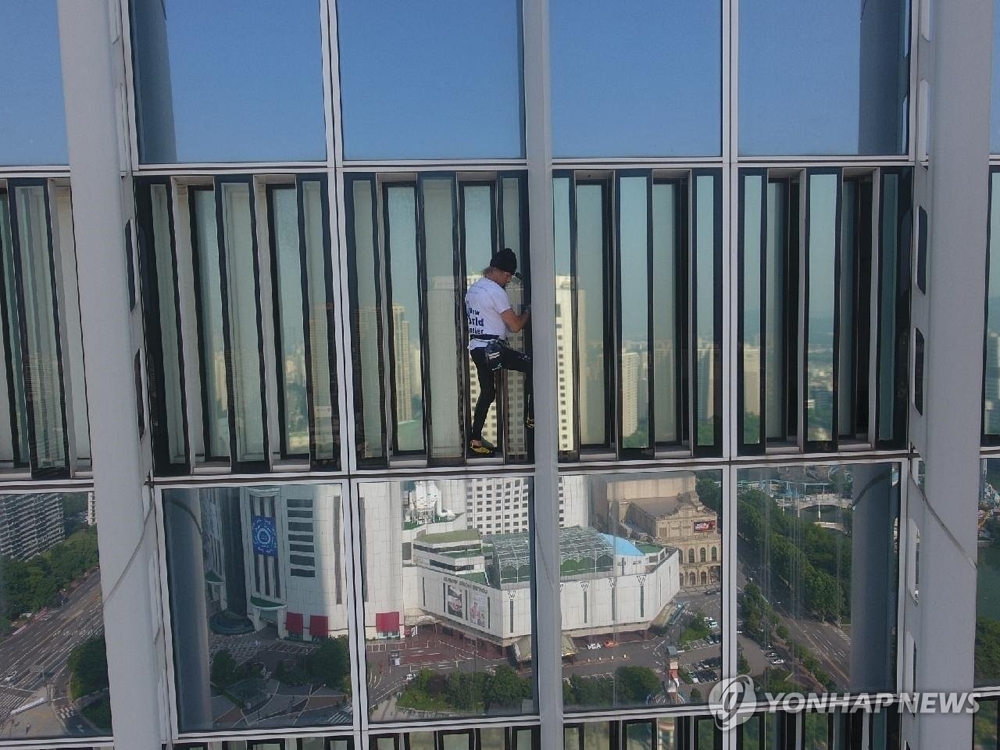