SEOUL, June 7 (Yonhap) -- The Korea Baseball Organization (KBO) said Thursday it has asked the police to investigate a tip that a player-turned-broker has approached pitchers to fix matches.

In a press statement, the KBO said it received the anonymous tip in early May that the broker, a 20-something undrafted former player, was on the prowl and was looking to engage pitchers in fixing schemes.

And after its own preliminary investigation, the KBO asked the police on May 18 to launch its own probe.

The KBO said that the teams have finished their interviews with players and haven't found any problems related to match fixing. The league office added it can't comment further on which player and club are suspected of involvement, since the police are now looking into the matter.

According to multiple club officials earlier Thursday, the KBO has alerted all 10 teams that the broker has proposed fixing deals to some pitchers, whereby they could receive lump sums of cash for issuing walks.

Jeong Geum-jo, deputy secretary-general of the KBO and head of its Clean Baseball Center, said players have spoken with their teams' respective Clean Baseball Center representatives regarding their knowledge of the broker and whether they have been approached by that person.

"Our players are well aware of the pitfalls of match fixing," Jeong added. "We're trying to confirm rumors of possible match-fixing attempts." 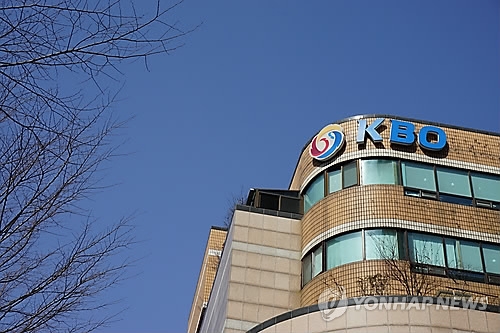