The Hollywood action blockbuster brought 1.18 million people to theaters on its opening day, Wednesday's Memorial Day, according to a computerized box office tally from the Korean Film Council.

When it opened in South Korean theaters on April 25, "Infinity War" set the previous record by collecting 980,052 admissions.

The movie, starring Cho Jin-woong and Ryu Jun-yeol, had topped the box office for 15 consecutive days since its release on May 22, but was dethroned by "Fallen Kingdom" when it hit theaters.

A remake of the Hong Kong crime thriller "Drug War" (2012) by Johnnie To, the new film tells the story of the unlikely partnership between police anti-drug unit officer Won-ho (played by Cho) and low-level drug dealer and informant Rak (Ryu) as they take down a massive Seoul-based international drugs cartel to which the latter once belonged. 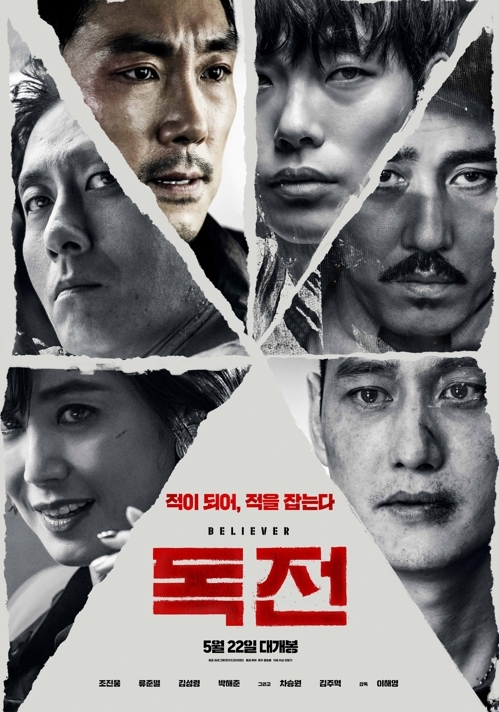