The market has been growing at a stable 20 percent or so every year. Industry officials say it will reach close to 150 billion won this year if such a trend continues. For "bibim" noodles, in which cooked noodles are mixed with seasonings, the market could exceed 100 billion won alone this year, they say.

Paldo, whose "Bibim Men" is the company's signature product, has come up with "makgukgsu ramyeon," or buckwheat noodles, for this year. Its Bibim Men got an upgraded version, with the portion increased by 20 percent.

Ottogi said it has already seen success with its new "Real Chewy Noodle," which sold 5 million within 50 days of release in March. The company added buckwheat noodles to its summer lineup as well.

Pulmuone marketed a new line of chewy noodles in April, which sold over 2 million in a one-month period, according to the company. 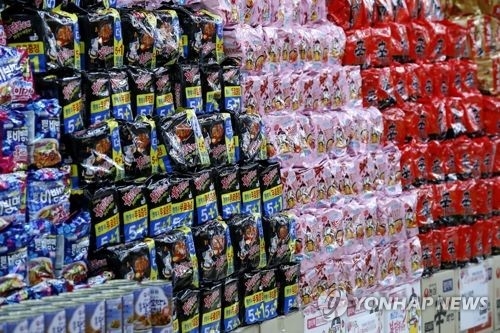