MOSCOW, June 7 (Yonhap) -- The 2018 winner of the Benois de la Danse, ballerina Park Sae-eun, said her victory in the annual competition came as a shock because she felt she still had a lot to learn while dancing alongside her stunning competitors.

Triumphing over the five other nominees, Park won the Benois de la Danse in the best female dancer category in Moscow on Tuesday for her lead role in "Diamonds," part of the three-act piece "Jewels," created by choreographer George Balanchine.

With the victory, Park became the fourth Korean ballerina to conquer the Benois de la Danse, one of the most prestigious ballet competitions, founded by the International Dance Association in Moscow in 1991.

"I did the gala (competition for the award) alongside world-famous dancers at Bolshoi Theatre at the end of last month. I was shocked and asked myself how could I even do ballet when there are so many amazing and beautiful people like these," Park said in an interview with Yonhap News Agency after the award ceremony.

"The award was another shock that came when I wasn't even out of the massive shock (from the competition process)," she noted.

"I was very honored to be given this great award because I have always been thinking that I am still not good enough. My mind went blank out of the shock from the unexpected award." 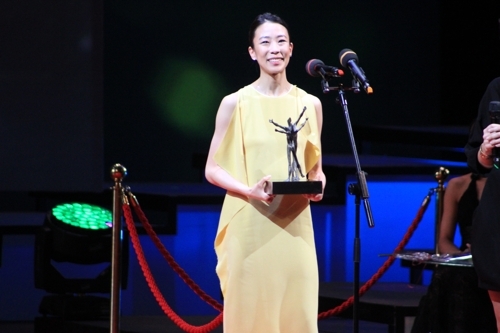 The 28-year-old multiple-award-winning ballerina remained humble even after adding the prestigious prize to her ballet career.

Asked to pick what aspect of her dance appealed to the panel of judges, Park initially said "I have no idea."

"I have been referred many times to delicateness of my dance. I guess (my dance's) delicateness and musical expression may have come somewhat different from others," she said cautiously.

The latest award stepped up her sense of responsibility and increased her hopes of impressing more ballet lovers, said Park who is currently "premier danseur" with the Paris Opera Ballet.

"I want to go back to Paris and stage more ballets with my best efforts to impress a large audience. I want to be more responsible and put forth more efforts," she said. "I also want to stay with Paris Opera Ballet till the retirement age of 42. But I am not yet sure if I want to go back to South Korea or remain in France after that."

She also extended her thanks to her supportive parents back in Korea and the ballet teachers she has met throughout her career.

Park trained at the National Academy of Dance of the Korean Ballet and joined the Paris Opera Corps de Ballet in 2011. Since becoming the second Korean after Kim Yong-geol to earn full-time membership in June 2012, she landed the position of soloist two years later and was promoted to the current rank of premier danseur, the second-highest tier in the ballet troupe. 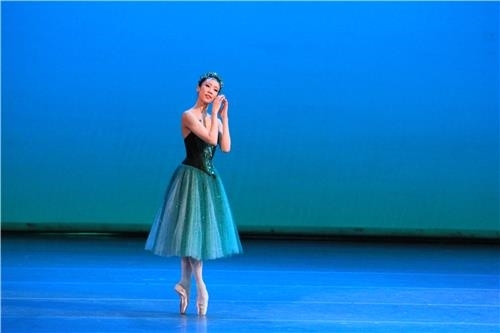