SEOUL, June 7 (Yonhap) -- The Seoul Metropolitan Government will soon release its monitoring results of convenience stores that were busted for selling cigarettes to teenagers, in an effort to make them aware of the illegal practice and induce compliance, officials said Thursday.

The city government plans to make the information public, gathered through two inspections carried out by an outside expert group last year. The inspections mainly tested stores over whether they sold cigarettes to minors and if they asked for customers' identification before selling them.

It is the first time the city will release the results to the public. The city has sent official warnings to the stores so far.

The results will, however, be disclosed only by the name of the convenience store brand and tallies of their penalties, not by the locations of stores that were caught for violations, city officials added.

"It is mainly aimed at bolstering efforts to get stores to not sell cigarettes to adolescents, which is against the law, by gaining attention through releasing the results by brand name," a city government official said.

According to the Seoul city government data, the rate of illegal selling of cigarettes to youths dropped sharply to 32.7 percent in 2017 from 48.3 percent in 2015. 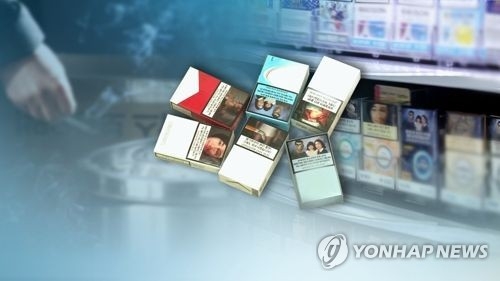