The 100 percent distilled Ilpoom Jinro 1924 is a renewed version of the Jinro 1924 that was released in 2014 to mark the company's 90th anniversary. Officials said there has been demand for it to re-launch the anniversary edition and the company has done so after four years of research.

To give it better flavor, the new soju does not use early or final fermented liquid and it removes impurities through sub-zero refrigeration, the company said. It has an alcoholic content of 25 percent and is priced at 9,400 won (US$8.77) for a 375 ml bottle. 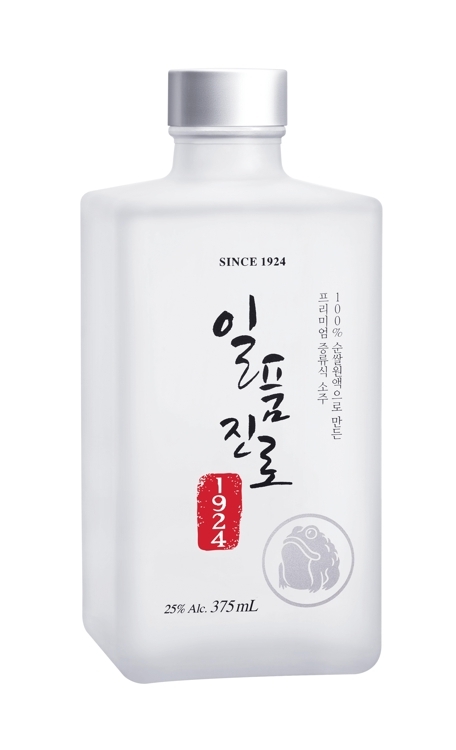