Besides the alleged online censorship, Beijing's authorities have also been prodding state-controlled Chinese media to run as many articles favorable to the North and Kim as possible, said the sources. 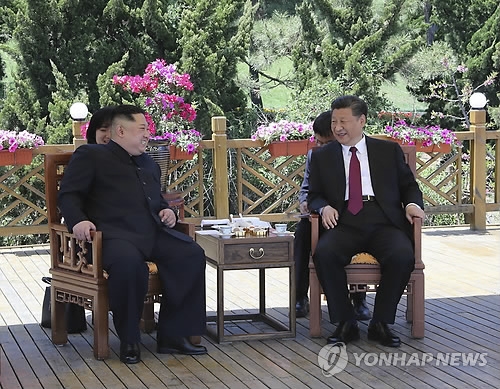 "When bilateral conflict escalated over North Korea's missile and nuclear tests last year, China didn't impose a ban on searches for 'Jin San Pang.' But the phrase has disappeared online after Kim met with Xi in Beijing in March," said a source.

Searches for the insulting term have also been blocked on Chinese social media site Weibo.

In line with the changing atmosphere, the People's Daily has recently increased its coverage of North Korea's economic and industrial growth, as well as visits by the North's delegations to China, while other state media are calling for a security guarantee for the Pyongyang regime in return for its denuclearization efforts.
(END)