The R-rated RPG is officially available on both Android and iOS, the company said.

The game was created by a team of 70 developers under the lead of producer Chae Ki-byung, the chief developer of the hit mobile game "Lineage 2."

The company will also consider launching the game globally if it successfully lands in the domestic market, it said.

Industry watchers say a heated competition with "Lineage M," a mobile megahit game developed by NCSOFT Corp., is expected. It has become the most popular game app both on the Google Play Store and Apple's App Store in several countries since its launch in 2017. 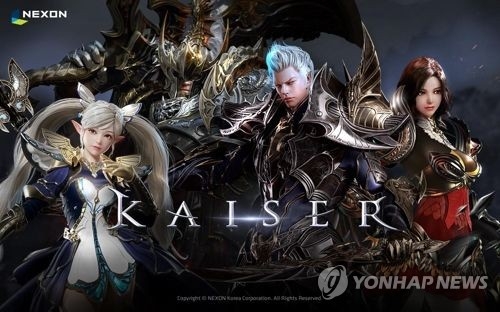