SEJONG, June 7 (Yonhap) -- South Korea and Russia agreed on Thursday to expand cooperation in such areas as IT, finance and the fourth industrial revolution, Seoul's finance ministry said Thursday.

During the 17th South Korea-Russia Joint Committee on Economic, Scientific and Technological Cooperation meeting in Seoul, the two countries discussed a variety of issues, such as developing infrastructure in the Russian Far Eastern region, as well as a potential trilateral project between the two Koreas and Russia amid a sharp easing of tensions on the Korean Peninsula.

At the latest gathering, Finance Minister Kim Dong-yeon, who doubles as deputy prime minister in charge of economic affairs, said more efforts should be made to enhance tie-ups among the two Koreas and Russia, which will lead to economic prosperity for all. Russia's deputy prime minister Yuri Trutnev led the Russian delegation to the meeting.

The deputy prime minister-level talks have taken place every year since 1997.

The Moon government aims to set up a vast economic region that would encompass the Korean Peninsula and the Russian Far East to Northeast Asia and Eurasia, thus building a Eurasian economic community through cooperation between South Korea and Russia.

Potential joint projects include the connection of a cross-border inter-Korean railway with the Trans-Siberian Railway, as well as the establishment of a power grid that connects Russia with the Northeast Asian electricity network involving South Korea, China and Japan.

For such ambitious plans to make headway, North Korea's participation is essential as projects based on inland infrastructure that connects South Korea and Russia would have to go through the reclusive country.

Previous governments have pushed, without much success, cross-border projects with Russia, including a natural gas pipeline linking Russia's Far East and the eastern coast of the Korean Peninsula, and developing industrial complexes along the North Korean border with Russia.

But hopes run high that the recent peace mood on the peninsula may help accelerate such trilateral development projects going forward. 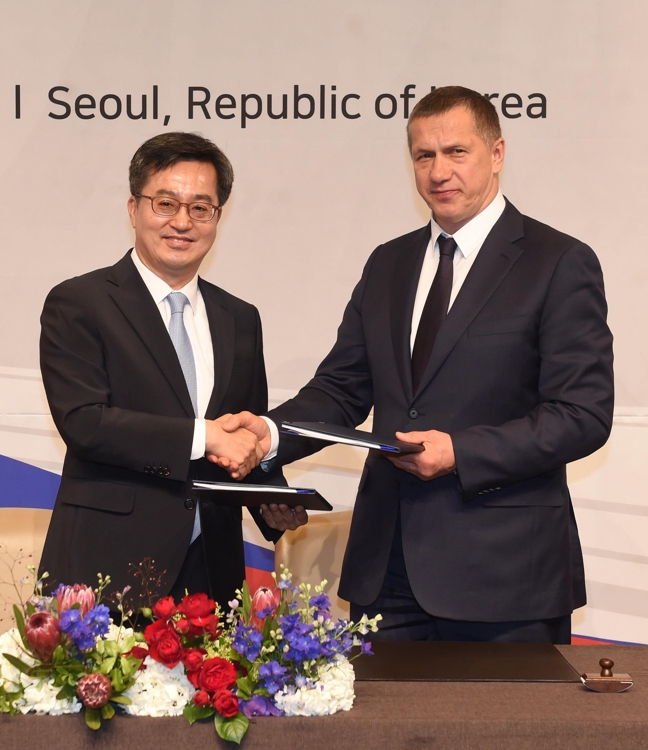