SEOUL, June 7 (Yonhap) -- Two out of five cryptocurrency investors in South Korea take a longer-term of view of investments, a survey showed Thursday, while prices of the new type of digital asset remain sluggish.

A poll of 2,507 people carried out by Bithumb, a leading cryptocurrency exchange, showed that 42.8 percent said they invest in virtual money as part of their longer-term asset management plans.

Some 27.1 percent of the respondents said they seek short-term profits, while 13.1 percent answered that they bet their money on digital currencies to have a glimpse of the financial market.

The survey also showed that 44.1 percent of such investors said they would reduce investment when the government imposes capital gains taxes on virtual currency trading, while 13.1 percent said they would pull their money out of the market.

But 39.5 percent expressed their intention to maintain their investment despite the tax, and 4.4 percent answered they would put more money into the digital assets.

Last year, prices of cryptocurrencies rose sharply and caused speculators to flock to the overheating market.

The South Korean government has come up with a series of measures, including a real-name account system and a ban on investment by underage people, to make the market more controllable and transparent. It is also considering taxing digital currency trading through a capital gains tax or sales tax. 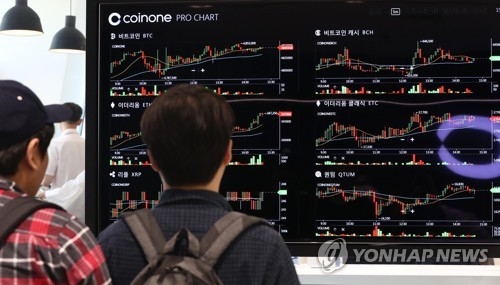