Chey, 58, who runs South Korea's third-largest conglomerate, last July filed for a divorce settlement, positing that the couple's 30-year marriage has come to an irreconcilable state.

Roh, 57, rejected the settlement offer in February, consequently sending the case to the court.

Chey publicly expressed his intention to split up with Roh in an open letter published by a magazine in 2015, in which he revealed that he has a son born out of wedlock and wants to be with the new family.

Chey and Roh married in 1988, but are said to have been separated for many years. Roh is the daughter of former South Korean President Roh Tae-woo, who led the country from 1988-1993. The couple has has three children. 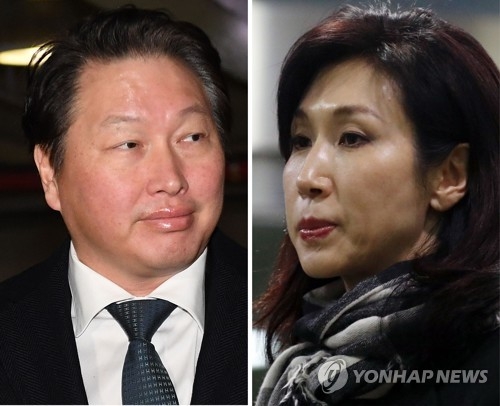