The number of titles chosen to be shown during this year's event is similar to last year's 289 films. 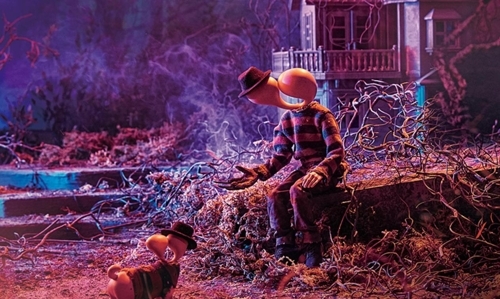 The festival authority, however, came up with a new system to increase attendees' convenience by categorizing movies in colors.

All films are now categorized into two colors -- red for horrors and thrillers, and blue for comedies and romances for the first time in the festival's history -- so audiences can easily choose films to watch based on their tastes and preferences, according to the organizers.

In addition, there will be family zones for screening films for all ages, separate from "forbidden areas" for showing genre films breaking taboos in terms of expression and subjects.

Opening the festival will be the world premiere of South Korean directors Oh Seong-yun and Lee Chun-baek's animated feature film "Underdog" about the story of abandoned dogs.

The closing film is by renowned Indian director-actor Aamir Khan's inspirational family comedy "Secret Superstar," the tale of a 14-year-old Muslim-Indian girl who strives to become a singer.

Selected international works will vie for prizes in the Bucheon Choice competition. Drawing attention in this year's competition is the strong presence of female directors.

Visitors also will have a chance to see last year's three top-grossing box office hits from 11 Asian countries in the "Made In Asia" category.
(END)