SEOUL, June 7 (Yonhap) -- Shares of companies that are expected to benefit from better inter-Korean ties have spiked this year, the bourse operator said Thursday, while also calling for a cautious approach to such volatile stocks.

The findings are the result of an analysis by the Korea Exchange (KRX) on the movements of 63 shares -- 29 from the main KOSPI and 34 from the secondary KOSDAQ markets -- up till May 15 of this year.

According to the data, the index for changes in the prices of shares that are forecast to benefit from prospective inter-Korean economic cooperation came to 207, while that for the overall market stood at 101, slightly higher than the benchmark of 100.

While the overall market fluctuated 10.1 percent during the cited period, such theme shares moved 110.6 percent this year, the KRX noted.

The prices of the 63 items showed signs of picking up from the beginning of this year, but spiked in earnest after the historic inter-Korean summit on April 27.

Such a greater volatility caused the KRX to issue more than 100 investment advisories, accounting for 14.9 percent of the total, according to the bourse operator.

The average market capitalization per company linked to inter-Korean relations stood at 270.3 billion won (US$252.92 million), with their turnover and operating profits coming to 62 percent and 14.4 percent, respectively, compared to the average of all listed companies, the KRX added.

Retailers turned out to be major players in this field, with their proportion coming to 89 percent compared to their overall market share of 78.8 percent, according to the data.

In contrast, foreigners and institutions accounted for 10.4 percent of the trade in the shares, far lower than the 20.1 percent overseas trade for all companies.

"The equities linked to cross-border economic ties could fluctuate more often and to a greater degree, in line with changes in political circumstances, and those companies could be easily be swayed by external factors, as many of them are relatively small-scale ones," the KRX said in a statement.

"Investors should be cautious in picking up such theme shares and make thorough analyses of the possible positive effects inter-Korean ties could bring about for their investments," it added. 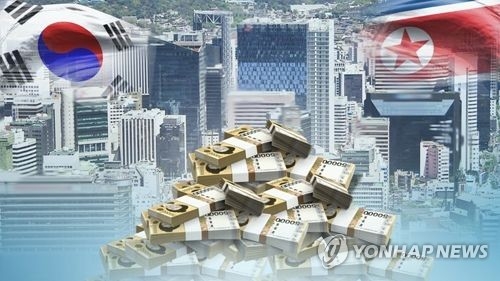