The Moon Jae-in government is seeking after income-led economic growth, and widening income inequality is one of the thorny issues facing the administration.

"If necessary, the government may consider next year's budget and tax policy (to tackle the matter)," Finance Minister Kim Dong-yeon told reporters before a meeting with presidential aides and economy-related ministers to discuss deepening income inequality.

The minister said widening income equality is not an issue that can be resolved quickly as it stems in part from structural problems. 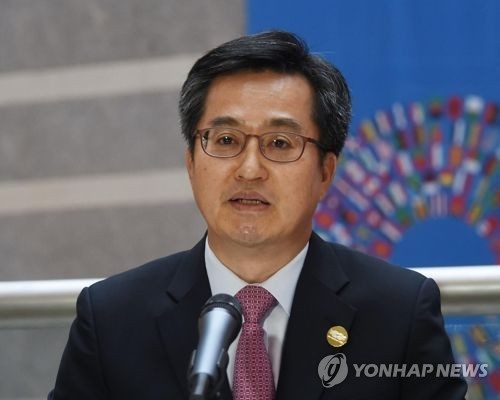