SEOUL, June 7 (Yonhap) -- The School of Music at the Korea National University of Arts pledged Thursday to invest more efforts in helping its award-winning young talents advance into the world music industry.

Since its establishment in 1993, the state-run institute is home to many of the most promising Korean classical musicians, who have earned a total of 651 awards, including 253 top prizes, at international contests.

But winning contests dose not suffice, and young Korean musicians still face tall hurdles in their way to the world music scene, as the leaders of the global music world are still unfamiliar with Korean artists, Dean Kim Dae-jin said in a news conference marking the school's 25th anniversary.

"I plan to increase exchanges by inviting foreign professors, conductors and officials at record labels to visit Korea and see the country for themselves," he said.

In celebration of the 25th anniversary, the school plans to perform Verdi's Requiem on June 20 at the Seoul Arts Center in southern Seoul. 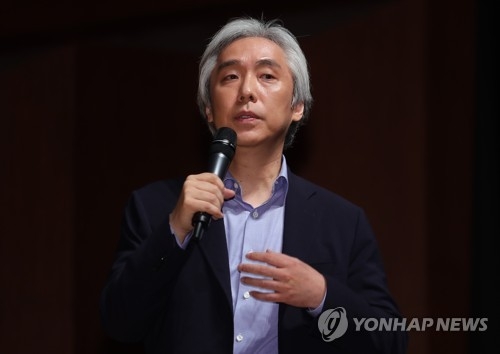