SEOUL, June 7 (Yonhap) -- President Moon Jae-in appointed a special counsel Thursday to investigate a opinion rigging scandal that involves one of his confidants.

The appointment came three days after Huh was named one of two candidates by opposition parties as required by the law on the special counsel. 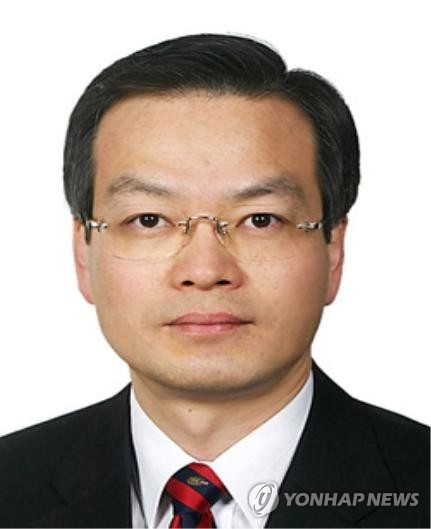 The National Assembly passed a bill on the appointment of a special counsel last month to investigate allegations that a blogger, nicknamed Druking, manipulated online comments to create public opinion favorable to the president and his ruling bloc.

No link between the president and the suspect has been established but the suspect claims to have been instructed to rig online opinions by a former ruling party lawmaker and close confidant of Moon, Kim Kyoung-soo, who is now running for governor of South Gyeongsang Province.

Kim has admitted to having met the blogger on several occasions, but has denied any prior knowledge of opinion rigging attempts.

Huh said he will conduct a strict investigation according to the law.

"The people and the country gave me a very important mission today," Huh told reporters after learning of his appointment. "I will carry out the important mission in a fair and transparent manner, together with the investigation team to be formed."

The appointment of the special, independent prosecutor comes despite an ongoing investigation by the prosecution as the opposition parties have long claimed the prosecution may not have the will to investigate the politically sensitive scandal.

The special prosecutor now has up to 90 days to investigate the case.

The rival parties have agreed to allow the special prosecutor to have up to 80 people, including 13 incumbent state prosecutors, to assist in the investigation.

Huh's appointment as a special counsel also came after the ruling Democratic Party filed a formal complaint with the prosecution against the main opposition party, accusing the latter of using similar means to those of Druking to manipulate public opinions for its own political gains.

The Cheong Wa Dae spokesman said the scope of investigation by special counsel Huh will be limited to the allegations involving Druking as stipulated in the bill on his appointment.