SEOUL, June 8 (Yonhap) -- South Korea kicked off two-day early voting on Friday for the June 13 local elections and parliamentary by-elections, which are seen as a referendum on liberal President Moon Jae-in.

Eligible voters can cast ballots at 3,512 polling stations nationwide from 6 a.m. to 6 p.m. until Saturday, according to the National Election Commission (NEC).

Recent polls show that the ruling Democratic Party (DP) has a sizable lead in both elections.

A poll released by the NEC showed Thursday that 76.5 percent of those surveyed said this week they will definitely vote in the upcoming elections, up from 70.9 percent recorded two weeks earlier.

Higher turnout in the early voting usually leads to a higher voting rate on election day. 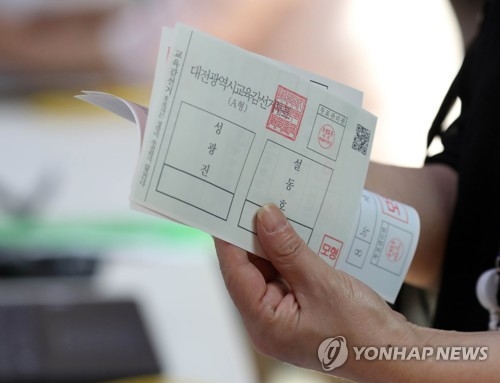