(ATTN: UPDATES with N. Korean official heading back to Singapore)

Singaporean Foreign Minister Vivian Balakrishnan was seen at an international airport in Beijing boarding an Air Koryo flight bound for Pyongyang. He is to stay in Pyongyang until Friday.

He is likely to fine-tune with the North Koreans details on security and protocol arrangements for the summit to be held in the city state on Tuesday.

He is expected to meet North Korean Foreign Minister Ri Yong-ho and pay a courtesy call to Kim Yong-nam, the nominal head of the state. 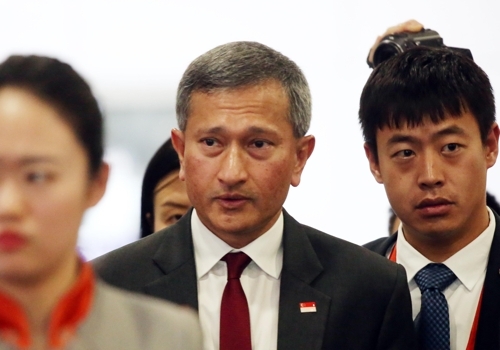 Meanwhile, Kim Chang-son, a senior North Korean official known as the de facto chief of staff to leader Kim, headed back to Singapore, a day after arriving in Beijing from the Southeast Asian nation on what had been expected to be a trip back home.

During his 10-day stay in Singapore, Kim held discussions with White House Deputy Chief of Staff for Operations Joe Hagin to fine-tune logistics related to the summit. Kim had been expected to return to Pyongyang to report on the outcome of the discussions.

It was unclear, however, why he headed back to Singapore.

A source said Kim may have some additional preparations to make, or he could have decided to report the results of his discussions with the U.S. through the North's Embassy in Beijing instead of flying to Pyongyang, and went back to Singapore to take care of remaining issues because there is not enough time left before the summit.

Another source said that, while in Beijing, Kim might have met with Chinese officials to discuss the possibility of leader Kim flying to Singapore via China. 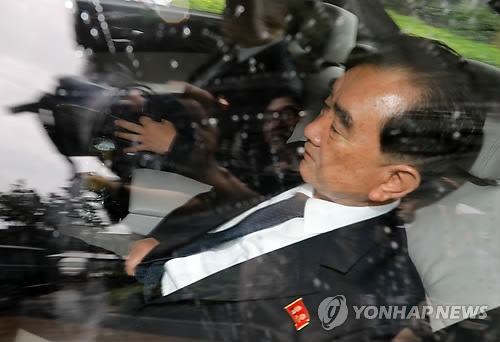