ILSAN, South Korea, June 7 (Yonhap) -- When a press conference takes place in the middle of drama broadcast, it may mean the drama is either a great success, or crying for attention.

Unfortunately, the latter seems to be true for "The Undatables," which premiered on SBS on May 23. Since its first episode garnered a 5.3 percent viewership rating, the numbers have been on a steady decline. The latest one, aired Wednesday, landed at a disappointing 3.9 percent, according to Nielsen Korea.

While meeting with reporters at the network's drama production center located in Ilsan, a Seoul suburb, on Thursday afternoon, the drama's actors acknowledged the falling viewership ratings and said they were working hard to bounce back.

"The story in the first four episodes developed rather slowly. Now the story between the two protagonists is developing seriously I think there will be many more interesting scenes and episodes down the road," said Namkoong Min, who plays Kang Hoon-nam, the male protagonist. 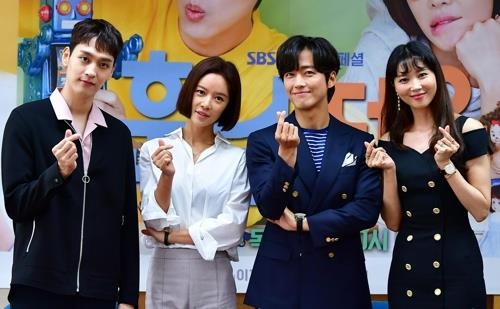 The 32-part series depicts an unexpected journey of Kang and Yoo Jung-eum, who slowly fall in love despite their bumpy relations.

Kang is a cool-headed businessman who refuses to be in romantic relationship due to trauma following the death of his mother when he was young. Yoo works at a dating firm as a relationship coach. She is tasked with matching members in the "least attractive" group and started to feel romantic feelings toward Kang, whom she met for business reasons.

"I looked up the internet to see viewers' reaction to our drama. Many pointed out that the character I play doesn't seem much different from my previous ones," she admitted. "I think it is partly due to the fact that I'm doing a romantic comedy series for a third time in a row."

She also said, "We should work hard to make the drama more relatable to the audience. I feel responsible as the main actor here," she said, adding that lower-than-expected numbers gave her "a chance to reflect on (herself)." 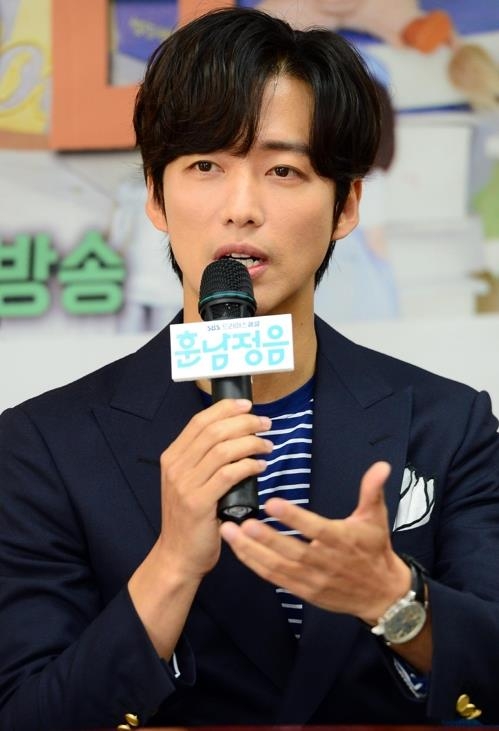 Despite low ratings, it actually debuted at No.1 on the weekly Content Power Index (CPI) chart for May 21-27, which measures the level of popularity, online searches, social media trending and influence on consumer behavior.

The series had been highly anticipated as the two actors showed perfect chemistry in the 2011 MBC romantic drama "Can You Hear My Heart?" In the past few years, however, Korean TV series have further developed to combine romance with a mix of other genres, like thrillers. Although a laugh-inducing romantic comedy, the drama lacks a strong plot, critics say.

"We heard that there were too many unnecessary episodes in the beginning of the drama. Through discussion, we now focus more on the story between the two main characters," said Namkoong, whose previous dramas like "Good Manager" and "Doctors" received high viewership ratings as well as critical acclaim. 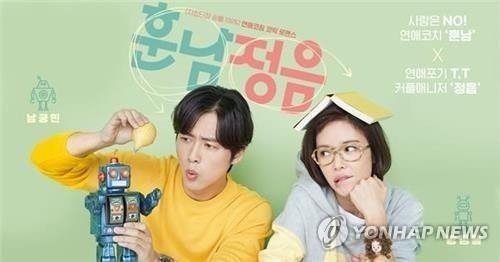 Although initial scores were not satisfactory, the actor said he learned valuable lessons such as the importance of communication and cooperation with other team members.

"I became aware of the fact that there are many more things to learn on the drama set other than acting," he said. "I am still confident that we can improve the ratings because now I've started to fully understand the character and play him earnestly."

"The whole production team, including the producer, the writer and actors, get together to make the story more interesting," she said, adding she would do her best "till the end."