South Korea moved up four spots to No. 57 with 544 points in FIFA's world rankings for June. South Korea opened the year at No. 59 and climbed to 58th in February before dropping back to 59th in March. They then dropped to 61st in April and remained in that position for May.

South Korea's Group F opponents at the 2018 FIFA World Cup in Russia stayed in the same spots, except for Sweden, which fell one spot to No. 24. Defending champions Germany remained No.1, while Mexico were ranked No. 15.

Among the Asian Football Confederation (AFC) members, South Korea had the third-highest ranking after 36th-ranked Australia and 37th-ranked Iran. Japan were No. 61.

South Korea will open their World Cup campaign against Sweden on June 18. The next edition of the FIFA world rankings will be announced on July 19. 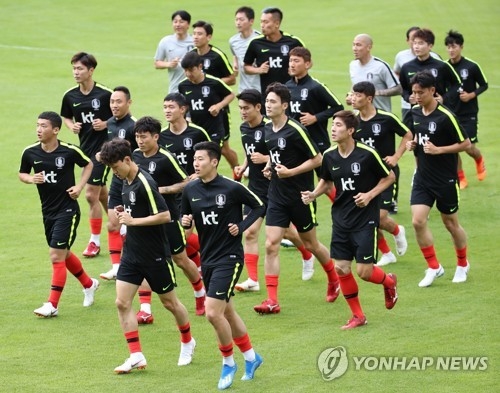