The starting lineup for South Korea's friendly against Bolivia at Tivoli-Neu Stadium in Innsbruck, Austria, showed Kim, who is listed at 196 centimeters, starting ahead of Tottenham Hotspur forward Son Heung-min to lead the front line in their 4-4-2 formation.

Kim and Hwang swill be flanked by two national team rookies -- Lee Seung-woo and Moon Seon-min -- who only have two caps under their belt. South Korean captain Ki Sung-yueng will partner with Jung Woo-young in the center midfield.

The match against Bolivia is South Korea's last World Cup tuneup match open to the public. South Korea will play their last World Cup warmup against Senegal on Monday, but the match will be played behind closed doors.

South Korea are in Group F at the 2018 FIFA World Cup with Sweden, Mexico and Germany. The first group match will be against Sweden on June 18. 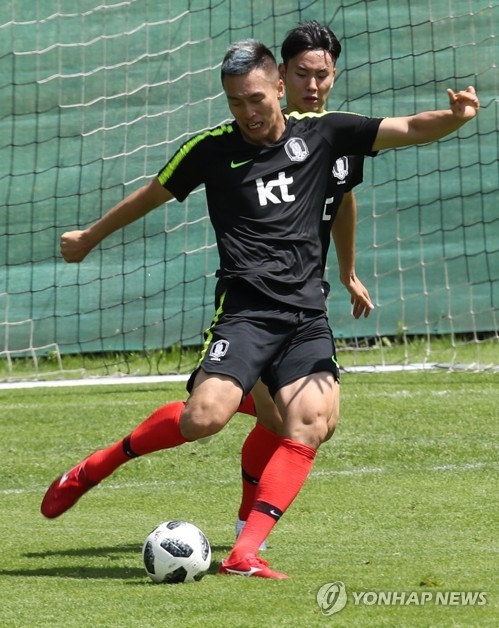