BUSAN, South Korea, June 8 (Yonhap) -- GM Korea Co., the South Korean unit of General Motors Co., is aiming for a turnaround next year as it moves to beef up its lineup with sport-utility vehicles, the company's president said Thursday.

The U.S.-built Chevrolet Equinox SUV went on sale in the Korean market on Thursday. The Chevy Traverse SUV will be the next model to be sold here after the Equinox, which the company hopes will revive its lackluster sales in Asia's fourth-largest economy.

"We incurred significant losses in the past (four years), but I am confident to say that we have landed on a significant agreement with all our stakeholders that enables us to move forward. I'd like to think that we can try to get to profitability as soon as next year," GM Korea President and Chief Executive Kaher Kazem said in a group interview.

The interview took place on the sidelines of the media day event at the Busan International Motor Show that kicks off on Friday and runs through June 17 in Busan, some 450 kilometers south of Seoul. 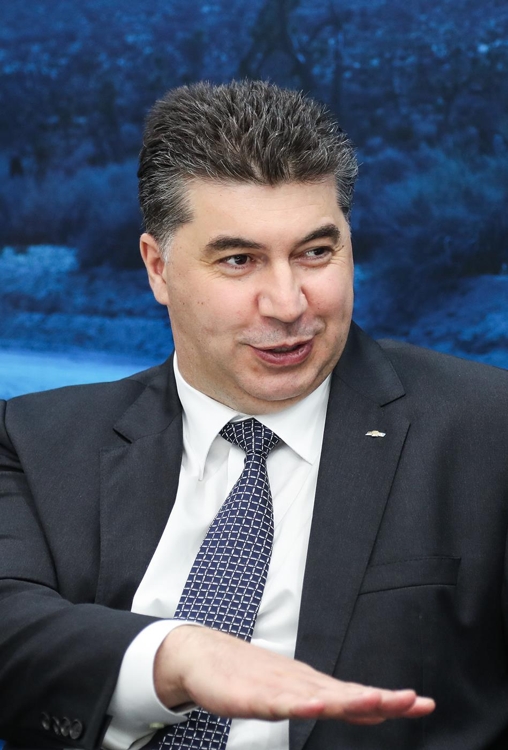 Last month, GM and the state-run Korea Development Bank (KDB), the two biggest shareholders in GM Korea, signed an agreement that will permit a combined 7.7-trillion-won lifeline -- 6.9 trillion won from GM and 810 billion won from the KDB -- to keep the loss-making Korean unit afloat.

Under the binding deal, GM Korea plans to launch 15 new or face-lifted vehicles, including two global products that will be allocated to GM's Korean plants, in the domestic market in the next five years. This month, the upgraded Spark minicar and the Equinox SUV were launched.

GM Korea plans to strengthen its lineup with more Chevy crossovers in order to make SUVs account for some 60 percent of total sales in five year's time from the current 14 percent.

"We are paying our attention essentially to our product launches and customers. Some of them will be built in Korea and some of them will be imported (from the United States). Our plan for domestic customers in Korea is to give them access to a wide range of Chevrolet products," Kazem said.

In exchange for the KDB's financial support, GM vowed to maintain its Korean operations for more than 10 years, though the Detroit carmaker shut down the Gunsan plant, one of its four car assembly plants in Korea, due to its low utilization rate of around 20 percent since 2016.

GM Korea believes it can rebuild its brand image, which has nearly collapsed amid speculation that its parent firm may withdraw from Korea altogether due to high labor costs and weak sales.

"When we went through the (restructuring) process, naturally there were concerns with our customers on whether we will be here or not. Customers are coming back to our dealerships," he said, citing a 43 percent on-month rise in domestic sales in May.

As for the speculation that GM may exit Korea in 10 years, Kazem said GM is committed to the country for the long term.