South Korea outplayed Bolivia from start to finish and did everything but score at Tivoli-Neu Stadium in Innsbruck, Austria.

"We controlled the match, but we should have converted some of the chances," he said. "Even when we were set up deep in the box, we couldn't quite finish it off." 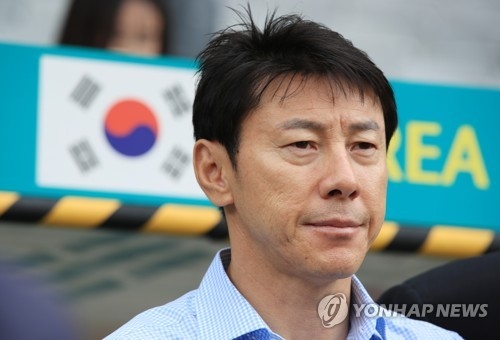 After the team opened camp in Austria over the weekend, Shin ran his 23 players through some hard conditioning drills in an effort to increase their fitness and stamina for the big tournament starting in less than two weeks in Russia. South Korea's first Group F match will be against Sweden on June 18.

Shin admitted the players looked sluggish after those grueling sessions and also said they made "some small mistakes."

"I think we should be able to play much better than this," he said. "Winning this match wasn't as important as trying to build our patterns. Our focus is on Sweden on June 18."

Shin employed a 4-4-2 system after his 3-5-2 setup against Bosnia-Herzegovina last Friday resulted in a 3-1 loss. Though Bolivia didn't mount enough of an attack to truly test the South Korean defense, Shin said his back line was solid.

Jang Hyun-soo, returning from a two-game absence due to ankle injury, and Kim Young-gwon were the center backs, flanked by full backs Park Joo-ho and Lee yong.

"They maintained good space at the back, but they were a little bit off when they were trying to put some pressure up front," Shin said. "But I think it will improve if we take some time to work on it."

Shin said the conditioning workouts weren't scheduled out of the blue in Austria, though, true to form, he declined to reveal much more.

Shin has been keeping things close to his vest in the buildup to the World Cup. After the loss to Bosnia-Herzegovina last week, Shin said his players hadn't shown everything they had worked on so that they can keep their World Cup opponents -- following Sweden will be Mexico and Germany -- guessing. And against Bolivia, benching Tottenham Hotspur star Son Heung-min at the start in favor of Kim Shin-wook was "a trick," in the coach's word.

If Shin does indeed have a lot more in his back pocket than what the team has shown, South Korea at the World Cup will be mostly playing tactics and patterns that they haven't put to use in live matches.

Shin remained confident that his players will respond to that kind of challenge.

"Your tactics change from opponent to opponent in football," he said. "I can't really go into details, but we're working on our patterns. If we can execute them on the field, I think we can play good matches." 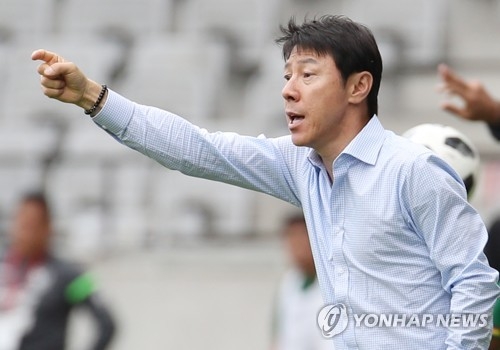