WASHINGTON, June 7 (Yonhap) -- U.S. President Donald Trump said Thursday that his summit with North Korean leader Kim Jong-un isn't so much about being prepared as it is about wanting to "get things done."

The highly anticipated meeting in Singapore is five days away as the two sides try to reach a deal on dismantling North Korea's nuclear weapons program in exchange for security guarantees.

"The summit is all ready to go," Trump said at the top of a meeting with Japanese Prime Minister Shinzo Abe at the White House, adding that both sides have been preparing for a long time. 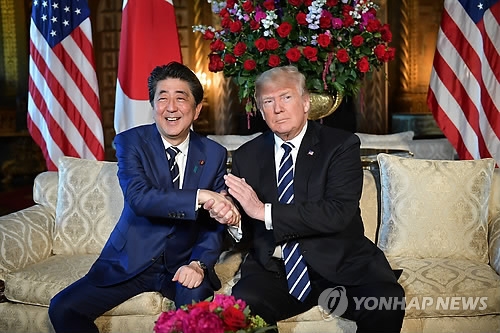 Trump said U.S. and North Korean officials are "working very hard" in Singapore to prepare for the summit.

"It's all going along very fine and I hope it continues on this track," he said. "If it does, the world will be a very happy place."