The first couple was joined by a number of senior secretaries, including chief of staff Im Jong-seok.

The two-day early voting began Friday for the elections for new heads of 17 provincial and major city governments, along with thousands of lower-level administration chiefs and local councilors. 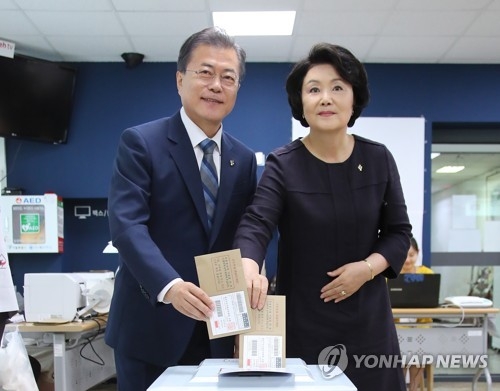 The last local elections held four years ago posted a voting rate of 56.8 percent, compared with 77.2 percent for the latest presidential election held May 2017, according to the National Election Commission.

Moon is the first South Korean president to cast a ballot in early voting while in office, Cheong Wa Dae said.

The early voting began at 6 a.m. Friday and will end at 6 p.m. Saturday.

Up for grabs are 4,016 local administrative, legislative and educational posts.