Under a set of support measures unveiled earlier, the government will provide funding and other incentives to eight key sectors such as smart farms, smart cities, financial technology, drones and electric vehicles and artificial intelligence.

"The government will accelerate its move toward easing regulations for innovative growth ... and will fully support innovative growth by companies and the market," Finance Minister Kim Dong-yeon said in an economy-related ministers meeting.

Earlier the government said it would focus on expanding financial support for fledgling enterprises and creating a venture-friendly environment. The minister said the government is aiming to help create over 100,000 startups this year through fiscal support and investment funds.

Innovative growth is one of key economic goals sought after by the Moon Jae-in government, along with income-led growth. 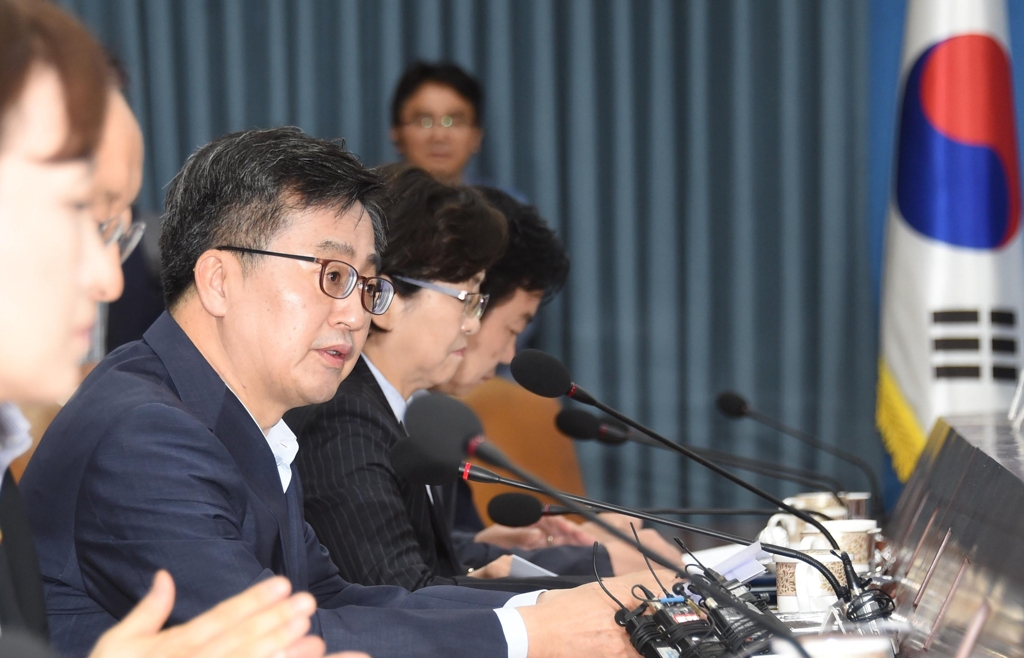