"It is worrisome that household debt that has been on a sharp rise will weigh heavily on the economy," Yoon Myun-shik, senior deputy governor of the Bank of Korea (BOK), said in a congratulatory message for a conference in Seoul. "In a bid to get out of a protracted slump caused by the 2008 global financial crisis, unprecedentedly long monetary easing has increased global liquidity and caused a financial imbalance."

South Korea chose to bolster its property market in a way to jump-start the sluggish economy. It lowered financial barriers to make it easier for people to borrow money and buy houses. At the same time, the BOK kept cutting the base rate to a record low of 1.25 percent.

As a result, the country's outstanding household debt reached a record 1,468 trillion won (US$1.36 trillion) as of March.

"In order to achieve stable and sustainable economy growth, we have to strike balance between the financial sector and the real economy," Yoon said. "If one side develops at an extremely fast pace, the other side will experience fallout."

Along with the financial imbalance, South Korea has to cope with rapid aging, a low birthrate, trade protectionism and the upcoming fourth industrial revolution, the BOK official said. 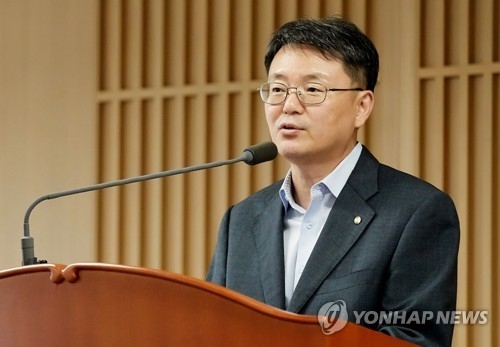