SEOUL, June 8 (Yonhap) -- The global market for semiconductors is expected to grow this year and in 2019, although the pace of the growth will likely slow due to excess supply, industry officials said Friday, citing an international report.

The latest forecast, dated Tuesday from the World Semiconductor Trade Statistics (WSTS), put the market size at US$463 billion this year, up 12.4 percent from last year. The market will keep growing in 2019, but at a more moderate rate of 4.4 percent to $484 billion, the report said.

The report contrasts sharply with an assessment issued in June, in which the WSTS predicted 2.7 percent growth for this year and a 0.2 percent contraction next year. The forecast was overturned in the November report, which predicted a 7 percent increase this year.

All semiconductor categories were expected to expand this year, especially memory (26.5 percent). The analog category was forecast for 9.5 percent growth. Such growth would be across all geographical regions, the report said.

For 2019, prospects are particularly bright for the sensor segment, followed by optoelectronics and analog, it said.

"Just a year ago, we did not expect this super boom in the semiconductor market to last so long," a local industry official said. "There is sustained demand from server and mobile markets, and new sources of demand are being found. The growth forecast by WSTS may be raised again in the latter half of this year."

The industry's so-called big 3 -- Samsung Electronics, SK hynix and Micron -- recorded a 60 percent increase in sales of their memory products, but the growth curve will smooth out gradually from supply increase, the official said. 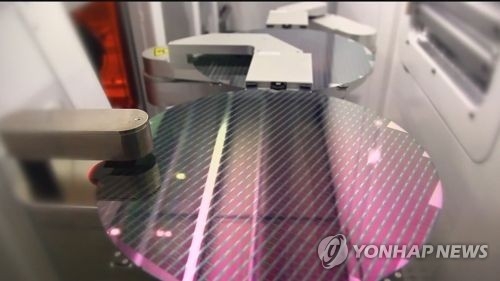