SEOUL, June 8 (Yonhap) -- Daewoo Shipbuilding Marine & Engineering Co. (DSME) said Friday it has received US$3 billion worth of orders so far this year, achieving 41 percent of its annual target of $7.3 billion.

The value of orders nearly quadrupled from the $810 million the shipbuilder won in the same period last year, DSME said in a statement.

"Shippers are showing a growing trust in the company as its financial status has improved under an ongoing restructuring program and as President & CEO Jung Sung-leep was reelected last month for another three-year term," a company spokesman said.

DSME, the second largest shipbuilder in the world in terms of orders, plans to complete its self-help program by 2020 to reemerge as a financially healthy company.

In its latest orders, DSME won $370 million worth of orders to build a liquefied natural gas (LNG) carrier for Alpha Gas S.A. in Greece and to build two very large crude-oil carriers (VLCCs) for an overseas shipper, the company said in a statement.

The company didn't provide further details on the latest contract.

As of the end of May, DSME had $22.4 billion worth of orders, or 96 ships, in order backlog, the shipmaker said. 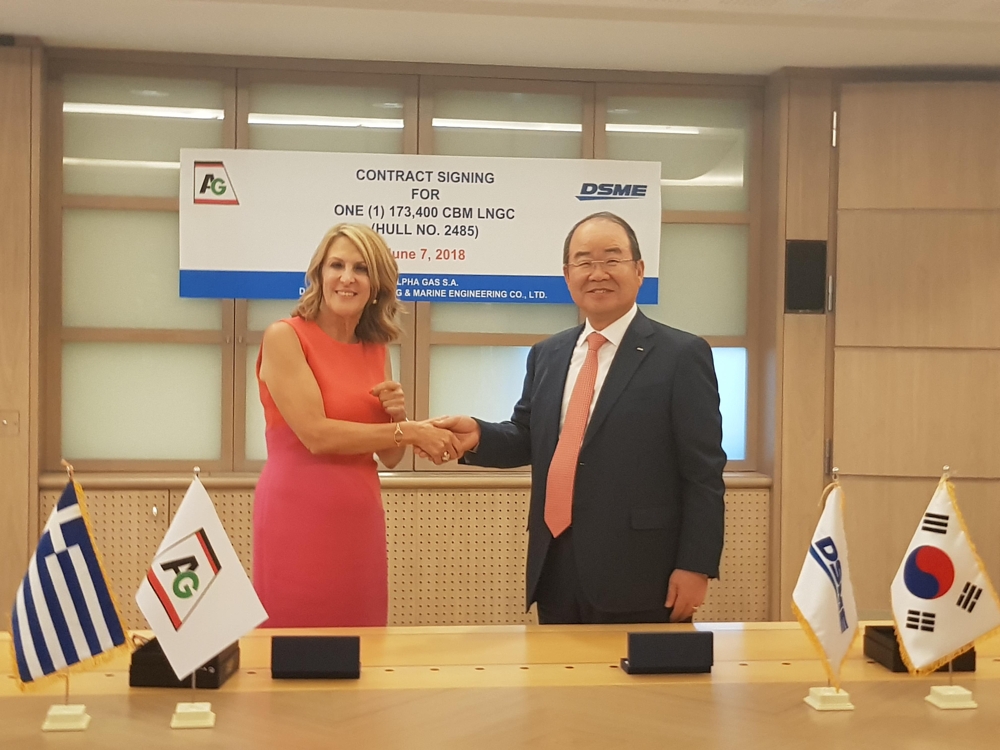